Know Science of Sleeping for a Better Sleep

Kimberly RochelleNovember 16, 2020Comments Off on Know Science of Sleeping for a Better Sleep0332

It is quite amazing to know that there is a science behind a healthy nap or long hours of sleep. There is more to know about every factor that establishes the relation between science and good sleeping hours.

Science Behind Sleep: Stages and Cycles

Your brain structures help you maintain your daily sleep-wake cycle. These decide when you fall asleep and when to be awakened.

Look, Sleep also has its different physiological stages and every stage is uniquely important for your body and mind.

Therefore both the sleep stages have relatability to scientific factors. As a result, both become important for a particular duration of time.

Circadian means “about a day”. A certain chemical is released by brain structures for producing the stages of sleeping and waking.

A pacemaker is present in your brain which works like an internal clock. It regulates your biological patterns ups and downs, body temperature, blood pressure, and the release of hormones.

Circadian rhythms are strongest between midnight and dawn and to a lesser extent in the mid-afternoon. Important factors behind the science of having power sleeping are light, time, and melatonin.

Results of experiments conducted that peak hours of naps are found in between 2 a.m. and 4 a.m. and between 2 p.m. and 3 p.m. It is recommended as the best bedtime for a person.

There are three factors affect your sleep cycle

Exposure to light at the right times helps the circadian clock on the correct schedule.

Seeing or exposure to light at an undesired time can shift the sleep-wake cycle to unusual and non-comfortable times.

Proper and consistent timing of the 24 hour day when you will fall asleep and wake will help you follow your schedule.

Your body and mind demand proper rest and restoration to be active and alert at a certain time.

The level of melatonin begins to climb after dark and down after dawn.

There are two basic types of sleep: rapid eye movement (REM) and non-REM sleep (which has different stages).

Specific brain waves and neuronal activity are linked to each stage.

Your cycle consists of sleep stages occurring repeatedly during the night with increasingly longer REM periods occurring toward morning.

Sleep specialist has called quiet or non-REM sleep “an idling brain in a movable body”.

During this phase, thinking and most bodily functions slow down, but movement can still occur and a person may shift in positions and turns into deeper stages of sleep.

When you are awake billions of brain cells receive signals and coordinate your behaviour and actions by sending impulses to each other.

When your eyes are closed and your brain is not receiving visual impulses, brain waves settle into a rhythmic pattern of about 10 cycles per second.

There are three phases of non-REM sleep.

Eyes are closed but it is easy to wake you up. This phase lasts for 5-15 minutes.

During this short period of sleep your heartbeat, breathing, eye movements slow, and your muscles relax with occasional twitches.

Here, you are in light sleep. Your heart rate slows and your body temperature comes down.

Your body is getting ready to be in a deep sleep and eye movements stop.

Brain activity slows but it is interrupted by brief bursts of electrical activity. Of all the stages stage 2 occurs many times in your night sleep.

It is the deep sleep stage. It is harder to wake up during this stage and if someone woke you up you will feel disoriented a few times.

Stage 3 sleep makes you refreshed in the morning. It occurs for a longer period during the first half of the night.

Dreaming occurs during REM (RAPID EYE MOVEMENT). This sleeping stage is defined as an “active brain in a paralyzed body”.

Thinking, dreaming and rapid movement of eyelids occur during this period.

Body temperature rises, blood pressure increases, heart rate increases, and breathing rate also increase up to daytime level. The flight or fight response is double the active as during the daytime.

Role of REM sleep for you:

When your deep sleep stage begins the pituitary gland releases a significant amount of growth hormone and muscle repair.

Researchers have detected that increased blood levels of substances activate the tour immune system, raising the possibility that deep sleep helps the body against infection.

Blood flow is also less directed towards your brain and so the body temperature starts to slow down a little.

Normally, young people spend less than one hour on stretches of deep sleep, 20% of their sleep is deep sleep.

People of age above 65 years are mostly deprived of having a deep sleep.

The stages of sleeping are well explained very well. Thus to have a good sleep cycle you are suggested to have a look over it.

During the night a normal sleeper crosses alternately different stages of REM and NON-REM sleep. When these stages are plotted and shown in a graph, known as a hypnogram.

There are 4-5 stages of REM sleep. Mostly deep sleep occurs in the first half of the night. As the night progresses REM sleep time increases with the N2 sleep stage.

Later in life, the sleep architecture changes with less duration of the n3 stage and more of the N1 stage.

How much sleep do you need?

Babies initially sleep for 16-18 hours which may give a boost for growth and brain development.

School-age children and teens require 9.5 hours of sleep per night.

Most adults require 7-9 hours of sleep at night, but after age 60 nighttimes sleep is shorter, lighter, and also has multiple awakenings.

People even take a lot of medications to have proper sleep. Nowadays due to the high load of work they are deprived of good bedtime.

People think they will compensate for their sleep per night by sleeping more on weekends but that is not an adequate option.

Difficulties in having a good time to sleep

There are many key sleep disorders

If you or someone you know is experiencing these disorders, contact a healthcare provider.

1. Insomnia (Problem of close to no sleep)

It is defined as difficulty in maintaining sleep or initiating asleep. It can also take the form of early morning awakening in which you rise several hours early and are unable to resume sleeping.

Afterwards, this manifests itself as a problem of daytime sleepiness, which can also result in functional impairment of the body.

People suffering from insomnia usually experience a monotonous lifestyle. Changes in lifestyle and medication could work effectively to have a good sleep.

Episodes of narcolepsy are known as “sleep attacks”. It may occur in unusual circumstances like sleepwalking and other forms of physical activity.

Narcolepsy may also be causing paralysis and disturbed sleep.

RLS is defined as an unpleasant or creeping sensation, in the lower legs but sensation occurs in the whole legs. This often causes difficulty initiating sleep and is relieved by the movement of the legs or kicking.

The abnormal level of neurotransmitters is associated with RLS.

Some people have a habit of snoring, this can be just more than an annoying habit.

People who make periodically gasping or snorting noises, in between their sleep is momentarily interrupted.

People with sleep apnea do not feel restorative and experience daytime sleepiness. Treatment of sleep apnea varies with its cause.

How to get good sleep? (A science-backed Sleeping tips)

There has been some science-backed claim, deep sleeping hours as the best way of rejuvenating daily life.

Create a room for your sleep.

Visit your doctor if you have a problem sleeping or if you unusually feel sleepy during the day.

Most sleep disorders can be treated well.

Well, having good bedtime will ensure less risk to some of the major diseases. Changing sleeping patterns, and a regulated sleeping schedule, help in getting great sleep.

Do take care, long hours sleeping on your back may be increasing sleep paralysis episode risks. 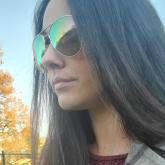 Kimberly is a published author who helps people along their life journies by sharing her own personal experiences, without holding anything back. 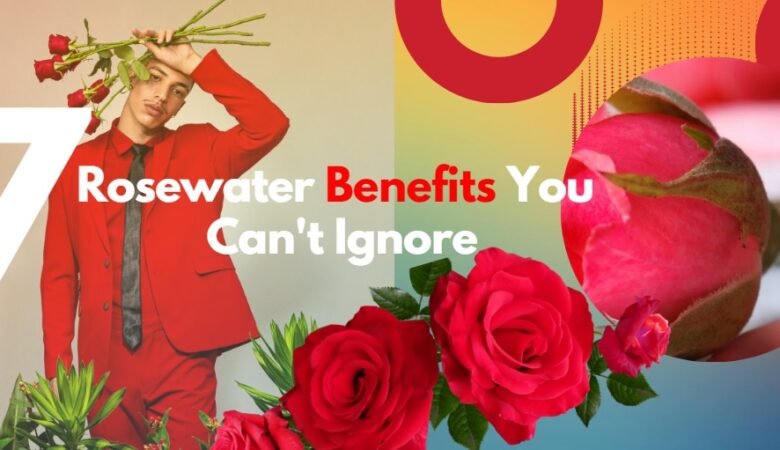 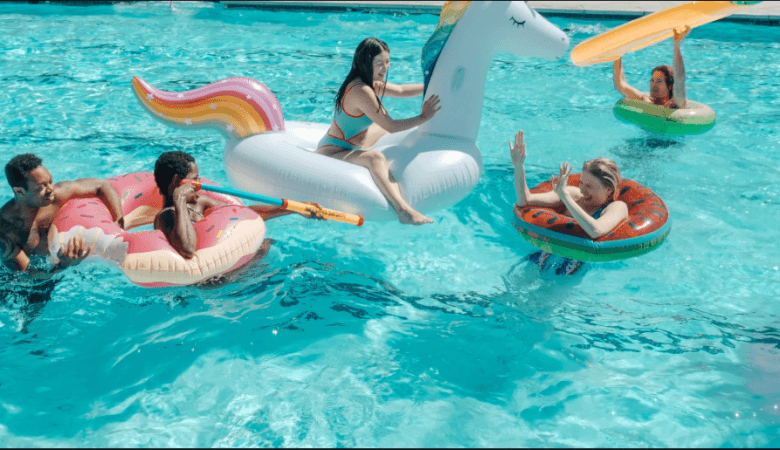 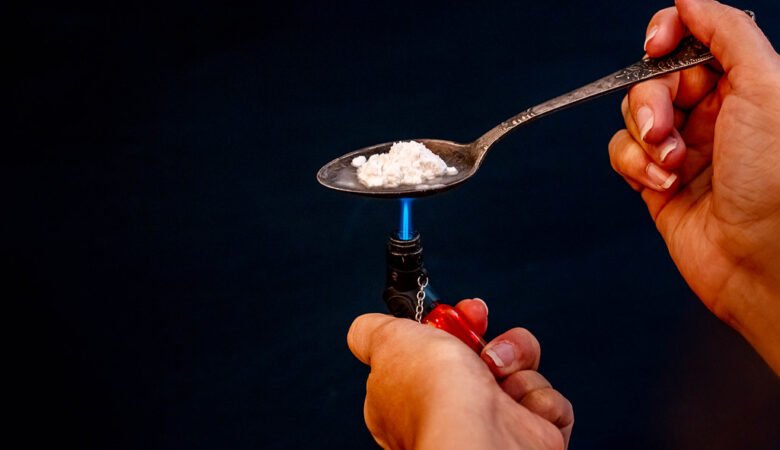